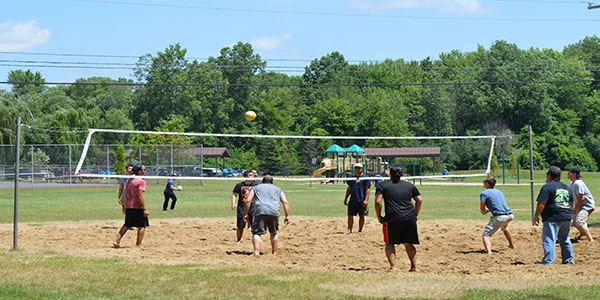 The Summer 2022 Sand Volleyball League is an open league running Sunday afternoons and evenings. An open league means any combination of gender can be on the court at one time. It can be four of one gender or split in any manner. League play will begin on June 5 and run through the end of August.

Wanting to play, but do not have a team? Register for a house team and be placed on a team in addition to receiving a team shirt.

Sand Volleyball Courts can be found in the following areas: