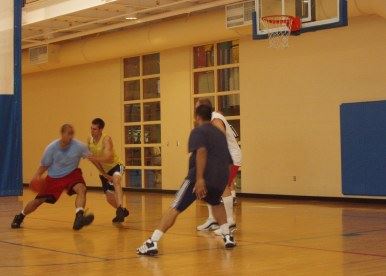 Teams may have as many Non-Resident players as desired but need only pay a maximum $210 in Non-Resident Fees.

Want to play, but do not have a team? Livonia Parks & Recreation is now offering Adult 5v5 House Basketball team(s). Fee includes a team shirt and non-resident fee. House teams are responsible for the officials’ fees each game.

3v3 Adult Basketball League with all games played at the Kirksey Recreation Center. Teams will play two games each night and games will be self-officiated with the defensive team calling fouls.