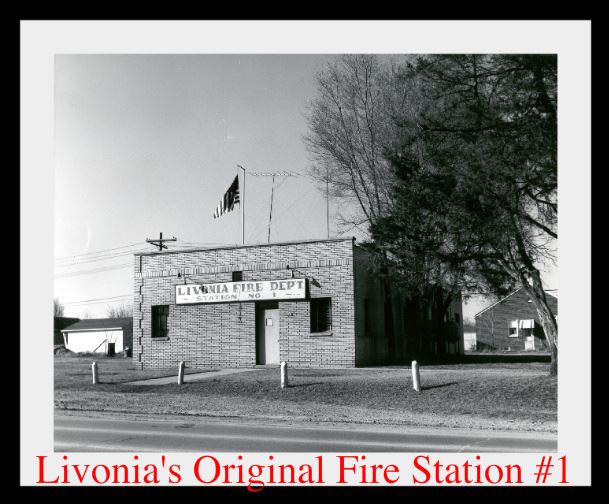 The Livonia Fire Department was established in 1941. We are currently compiling a compelling historical account of this storied Fire Department with the help of Retired Fire Captain Robert Werlinger.

The recent explosion and fire at Ford Motor Company's giant Rouge complex has brought back memories of the Hydra-Matic fire of 1953, the worst industrial fire in American history up to that time and still ranked as the worst in dollar loss in the history of the auto industry. On August 12th of that year, a fire at the Hydra-Matic plant in Livonia, Michigan, completely destroyed the facility, cost some $80 million in damages, caused the injury or deaths of a score of workers, and resulted in the loss of automobile production from five different manufacturers variously estimated at from 100,000 to 300,000 units.

The Livonia plant, which was operated by the Detroit Transmission Division of General Motors (GM), was nearly new and represented the state-of-the-art in early post-World War II plant design. It was also the only source of Hydra-Matic transmissions for General Motors car and truck lines, as well as those of several other manufacturers. Pontiac, Oldsmobile and Cadillac were the principle GM divisions that were effected, but Lincoln, Hudson, Kaiser and Nash also used Hydra-Matic at the time.

The fire started when some outside construction workers using a oxyacetylene cutting torch ignited a conveyor dip pan that contained a highly flammable liquid used as a rust inhibitor for transmission parts. Attempts to put out the fire with hand-held extinguishers were nearly successful - until the extinguishers ran dry. Then, the fire spread with tremendous speed throughout the 1.5 million square foot plant. Within minutes, the fire had engulfed the entire building, including a small Ternstedt Division area (about 133,000 square feet). Ternstedt manufactured interior hardware (window cranks, etc.) and other small parts used by GM's automotive divisions. 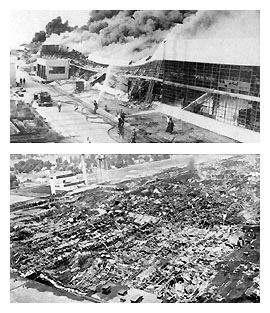 Fire fighters from all over the Detroit area were called to the scene, but there was little anyone could do once the fire went out of control. By the time fire fighters arrived on the scene, the roof had already partially collapsed making the building too dangerous to enter (see the top photo). The fire finally burned itself out the following day (see the bottom photo) leaving a scene reminiscent of Dresden or Hiroshima.

Given the speed of the fire - it roared completely out of control in fifteen or twenty minutes - it is a miracle that virtually all of the 4,200 workers escaped with their lives. In fact, only fifteen sustained serious injuries. In addition, three members of the Ternstedt in-plant fire brigade were trapped and killed and a member of the Livonia Fire Department suffered a fatal heart attack. Several days later, two construction workers were electrocuted while clearing debris. So, the final total was six dead and fifteen seriously injured - astonishingly light considering the nature and scope of the catastrophe.

In the wake of the disaster, Cadillac and Olds quickly converted to the Buick Dynaflow transmission, while Pontiac switched to Chevrolet's Powerglide. Lincoln was able to switch over to Ford's in-house automatic, which was similar to Powerglide, but the other manufacturers had to do without.

One of the genuine crash programs in the history of the auto industry was undertaken by GM to rebuild Hydra-Matic. A new plant, the former Kaiser-Frazer factory at Willow Run (see photo below), was quickly leased and later purchased outright, while Kaiser production was transferred to Kaiser's recently acquired Willys-Overland plant in Toledo. New equipment and new supplies for the resumption of Hydra-Matic production all had to be put in place in record time. The first Hydra-Matic unit was produced in a make-shift plant in Detroit in October - a mere nine weeks to the day from the date of the fire - and GM gallantly sent the first units to Hudson, Kaiser and Nash. The former Kaiser plant was in full Hydra-Matic production by mid-December and remains a key GM automatic transmission facility to this day.

The Hydra-Matic fire served as a wake-up call for the entire American industrial community and fire standards were significantly improved as a result. As the National Fire Protection Association noted:

The general awakening of industrial management to the potentially disastrous results of fire on production was the one beneficial effect of this disastrous fire. Viewing this destruction, many industrial managements are recognizing the inter-relationship of production records and fire safety, and are facing the well-known fact that fire can reduce production records to zero and, in some cases, keep them there. It is almost fortunate that this tremendous fire occurred in the property of a company that is financially well-equipped to withstand such a loss. 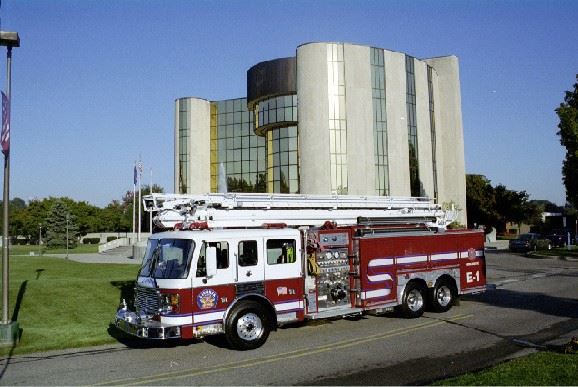