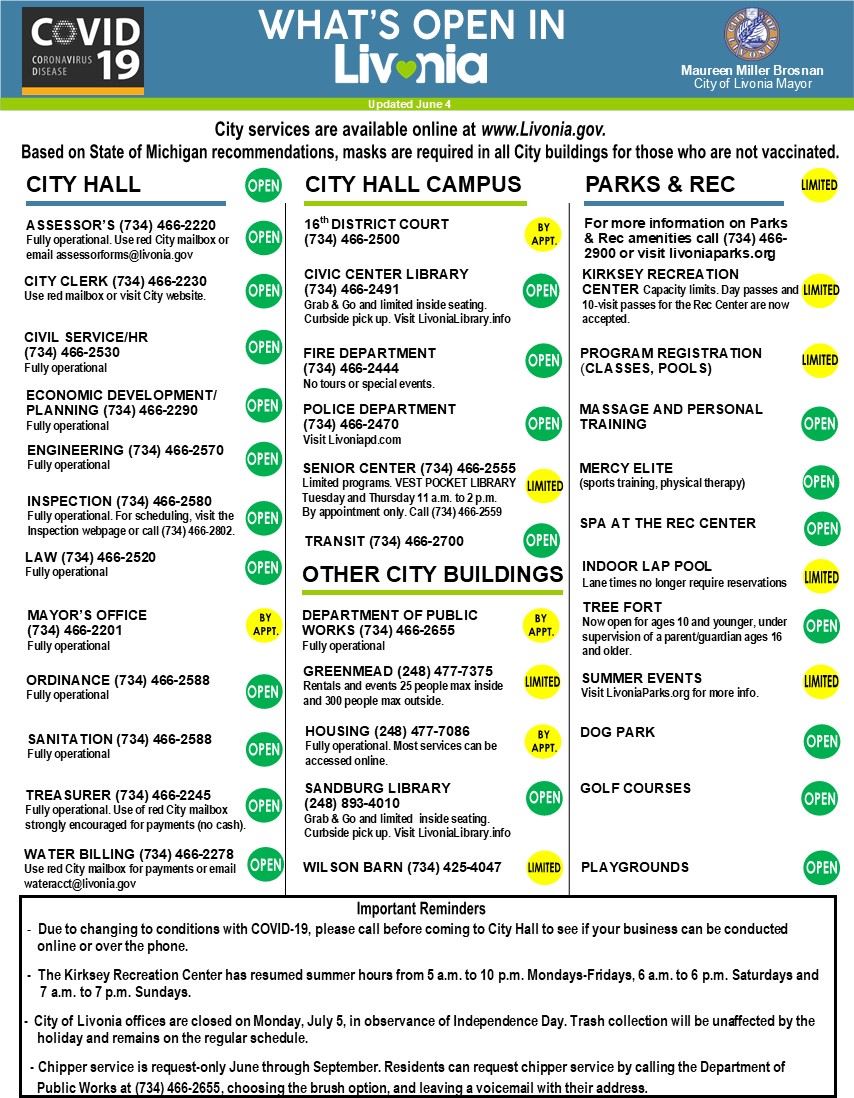 Based on State of Michigan recommendations, masks are required in all City buildings for those who are not vaccinated.

Spa at the Rec Center - Open

Tree Fort - Open
Now open for ages 10 and younger, under the supervision of a parent/guardian ages 16 and older.

-  Due to changing to conditions with COVID-19, please call before coming to City Hall to see if your business can be conducted online or over the phone.

-  City of Livonia offices are closed on Monday, July 5, in observance of Independence Day. Trash collection will be unaffected by the holiday and remains on the regular schedule.

- Chipper service is request-only June through September. Residents can request chipper service by calling the Department of Public Works at (734) 466-2655, choosing the brush option, and leaving a voicemail with their address.